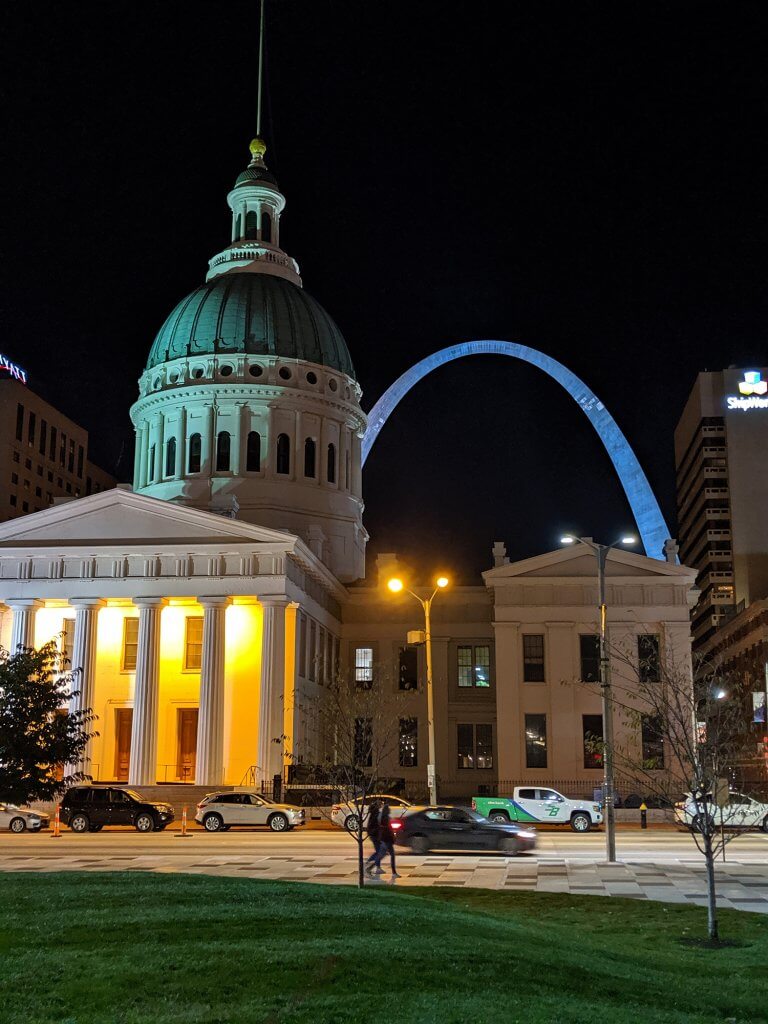 The WordCamp format includes two days of talks on a variety of WordPress topics by speakers from across the country. Many work for well-known companies or contribute heavily to WordPress core (or both!). I’ve spoken previously at both WordCamp Kansas City and WordCamp Portland, but didn’t get a talk in for WordCamp US this year. Instead, I took the chance to learn a lot from other folks.

Andrew Taylor from Pantheon gave a great talk on visual regression testing with Backstop.js. The slides can be found here.

What’s visual regression testing? It’s a way of making sure that visual aspects of your website are the same before and after a set of changes. This might include layouts, button floats, updates to wording and more.

Automating this kind of work is a massive time saver, and Andrew’s talk was centered around a reusable starting point for writing your own visual regression tests. Lot of bang for your buck here.

The Hierarchy of Needs for High-Performing Websites

Steve Persch, also from Pantheon as it turns out, gave a lightning talk on trying to operate a high-performing website within the context of a large team. His tongue-in-cheek talk walked the audience through a fictional Director of Alumni Giving’s attempt to add a link to the navigation of a fictional university’s fictional website.

This quick talk, cashing in on some all-too-real stereotypes of various individuals in the chain of website management, is better watched than explained. The moral of the story is how critical the people behind a website are to its success and that somewhere in the hierarchy of needs is the well-being of those maintainers.

Chris Lema has been around the WordPress scene for a minute in a variety of capacities. At this year’s WordCamp US he dropped a great lightning talk on a content framework you can leverage to understand how to pitch your business.

This framework, using the metaphor of a bridge over a wide river, starts with understanding the goals you’re helping clients accomplish, moves into the problems they’re facing in their journey to achieve those goals, and only then focuses the conversation on the solution you provide to those problems. Check out the full video to see Chris lay it out much more eloquently.

WordPress is often given short shrift by “real developers”, but Nick Gernert and the team at WordPress VIP make a living flexing WordPress at scale and in enterprise situations. His talk was a great look into that world, and really resonated with me. Sterner Stuff’s best clients are pushing the boundaries of WordPress and the web to do incredible things for their businesses.

Responsible Tracking: Learning from Your Users Without Being Creepy

Your users have a variety of expectations from your website. Some of the big numbers from this talk by Katherine White at Kanopi:

Obviously there are some discrepancies between what users want and what they expect, and it’s up to us as tech professionals to do our best to accomplish both. While Katherine doesn’t have the answers to this dilemma, her talk did cover a wide variety of information gathering tools for your website and their “creepiness factor” when it comes to these expectations.

While most users are already up and going with Google Analytics, Katherine’s talk also covered the more powerful parts of Google Analytics we can leverage, interaction recording tools like HotJar, and completely anonymized data-gathering strategies like site search reporting. Tons of great information here. Slides below.

The State of the Word

WordCamp US is traditionally topped off with a presentation by Matt Mullenweg, WordPress co-founder, about the last year of WordPress and where we’re headed in the future. Last year, this talk was all Gutenberg, and this year wasn’t really any different.

We saw a look at the changes that have happened in Gutenberg over the last year. While users with the Gutenberg plugin installed have been soaking these improvements up for a while, they’re getting bundled into WordPress core for version 5.3, which released this week. Interface, accessibility, and performance improvements abound, and should work to increase the Gutenberg adoption rate.

We also saw the premier of an open source short film about WordPress and the economy running through it. WordPress powers over 30% of websites, so at this point, it’s an insanely integral part of the internet. Perhaps overdue for a documentary.

The end of Matt’s talk pulled the curtain back to show that his slide deck had been created in Gutenberg. Personally, I’m a strong proponent of “the right hammer for the right nail”. This feels like it flies in the face of that principle, and I don’t like setting the precedent that Gutenberg should be mangled into doing everything. But a neat trick nonetheless.

A Q&A brought up a couple of talking points that resonated with me and may be worthy of their own blogs posts.

What do we do about those sites offering premium WordPress plugins for free?

Matt’s answer was a good one. If we want to see a thriving WordPress community, we should feel comfortable, and perhaps obligated, to support the developers who are creating the plugins and themes that allow us to make money ourselves. So vote with your wallets. The unfortunate truth is that these sites will probably always be around.

I heard support for the Classic Editor plugin will end in the next year or two. If that’s true, that’s a problem.

The person who asked this question is clearly running an agency that still hasn’t developed a plan for transitioning content-authoring clients into Gutenberg. As someone with some of those clients, I’ve found that that plan should only cover training for new content. You can safely update to Gutenberg without changes happening to any of your old posts. You don’t have to go back and update them.

It also strikes me that if you haven’t come up with a plan in the last year, you probably aren’t going to come up with one at all, so it doesn’t matter what the end-of-life on the Classic Editor plugin is—you still won’t have a plan.

Matt answered a bit more judiciously. WordPress is open source, and so is the Classic Editor plugin. So long as there’s community demand for it, there will be folks around to maintain it.

I could dive into the after-parties, the sponsors, the vendors, and St. Louis in general, but we’ll wrap it up here with a couple photos. We’ll be back in 2020!

(The above gallery was created with Kadence Blocks. Shared a flight with their reps from St. Louis to Salt Lake. Thanks for the demo, folks!)

Posted in Industry Trends, The Business
← How to Pick a WordPress Theme: For Non-DevelopersFix WP Bakery Disabling Gutenberg with Classic Editor Enabled →